Tottenham are set to mount a bold move for Bayern Munich winger Serge Gnabry, who is out of contract in 2023, according to German outlet Bild.

Both Antonio Conte’s side and Chelsea are thought to be keen on the former Arsenal academy prospect, who has scored 59 times in 157 games for the German champions.

However, according to the generally reliable Bild, contract talks have stalled with Gnabry, reporting that’ negotiations between the two parties have become complicated with a gulf in salary valuations.’

Serge Gnabry of Bayern Munich celebrates after scoring his team’s first goal during the UEFA Champions League round of 16 first leg match between Chelsea FC and FC Bayern Muenchen at Stamford Bridge on February 25, 2020 in London, United Kingdom.

Bayern have already seen Niklas Sule and David Alaba depart as free agents after failing to agree new contracts with either as they got into the final year of their deals. Having been stung twice like this, it seems unlikely that they will be willing to do so again, especially with a player valued at a whopping £63 million by transfermarkt.

The German has scored in the Champions League against both Chelsea and Tottenham during his time with the Bavarian outfit, including scoring 4 in the Tottenham Hotspur stadium. Were he to then join Tottenham, it would be a massive shock.

Spurs fall to another defeat

While reports about summer transfers continue, it is inconceivable that Gnabry would join the Lilywhites without Champions League football on offer in north London.

But, a fourth defeat in five games under Antonio Conte has put that in jeopardy, and left Conte seemingly considering his future.

‘I need to talk to the club. Tottenham have to make an assessment about the club, about me. We need to find the best solution. I can’t accept to keep losing. I’m sorry’, the Italian told Sky Sports after a Ben Mee goal condemned them to a 1-0 defeat at Turf Moor.

Antonio Conte says the Club will now have to make an assessment about his future after a defeat to Burnley tonight. pic.twitter.com/z2QLaiEKZX

With such lofty ambitions as Serge Gnabry come the summer, they will need an upturn in results to gain Champions League football for next campaign. 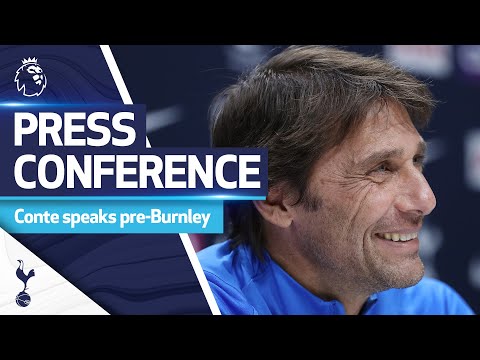