Manchester United are back in action as they travel to Turf Moor to take on Burnley, looking to bounce back from a disappointing FA Cup loss to Middlesbrough.

The Red Devils dominated much of the game but failed to make their chances pay, including a missed penalty from Cristiano Ronaldo and a seemingly open goal miss from Bruno Fernandes.

Then, in the penalty shoot out, Anthony Elanga’s miss in sudden death was enough to send Ralf Rangnick’s men crashing out of the 4th round of the competition, in front of a stunned Old Trafford crowd.

Now, attentions return to the Premier League, where they look to add to their two wins on the bounce before the winter break, and build some much-needed momentum ahead of a push for the final Champions League spot.

Manchester United boss Ralf Rangnick certainly thinks so. Despite the poor result against Middlesbrough and the last minute 1-0 win over West Ham, the German is seemingly happier with the offensive output of his side, even though the goals are not flowing.

‘Apart from playing together as a team in defence and improving and developing our defence work together we invested some time in our offensive principles and it showed in the game against West Ham and Middlesbrough where we created numerous chances’, he explained.

“I can’t remember a game in the last couple of years where our team created so many chances, 30 shots on goal, in the end, it didn’t lead to the result we wanted to get but we dominated the game in most parts and we did well in creating those chances’, the German added.

While all well and good, Manchester United need to start being more clinical if they harbour serious aspirations of a top 4, with plenty of tricky games still to come for the Red Devils.

Meanwhile, Nike have confirmed that they have stopped sponsoring Mason Greenwood following his arrest on suspicion of assault and rape, with a spokesperson telling The Athletic: ‘Mason Greenwood is no longer a Nike athlete’ 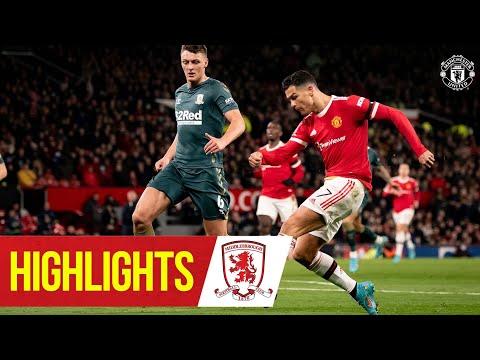