Raheem Sterling set a new Premier League record as Manchester City continued to storm ahead of the competition, sweeping Brentford aside courtesy of a 2-0 scoreline, and sending the Citizens 12 points clear of Liverpool in second place, although Jurgen Klopp’s side do have two games in hand.

After a close opening half an hour, Riyad Mahrez calmed any nerves that Pep Guardiola and co. may have had coming into the tie, stroking home from the spot after Raheem Sterling was adjudged to have been fouled in the box by Mads Roerslev.

Then, on the hour mark, it was Kevin De Bruyne’s chance to capitalise on another mistake from Thomas Frank’s side, as he put the result beyond doubt.

Another Premier League win for the hosts, who mercilessly capitalise on two errors from Brentford 🎯 pic.twitter.com/BENl9iw0uI

And, in winning the penalty, Raheem Sterling set a new Premier League record. The English forward has now won the most spot-kicks in Premier League history, with a whopping 23 across his career to date.

At 26 years old, should he remain in England he will have plenty of time to add to that tally in the years to come, and he has certainly developed a knack of forcing officials to point to the spot.

Love it or hate it, there is no doubt that Sterling, like Harry Kane and many other players in the top flight, have cottoned onto the fact that you simply will not help your side by ‘staying on your feet’ as pundits and fans alike urge them too. Rarely are spot-kicks given for players who are fouled but don’t go down. 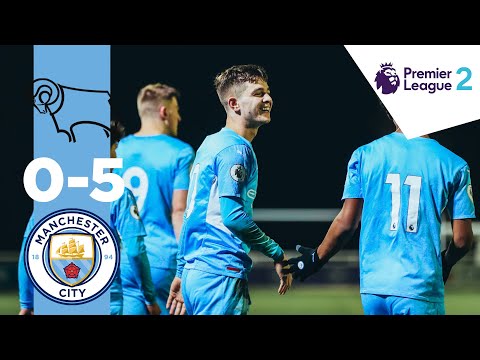 A brace from James McAtee along with second half strikes from Darko Gyabi, Micah…

Mahrez is so good he blows his own whistle #shorts #mancity