N'Golo Kante will be sidelined for "several weeks"...
UEFA

Manchester United are in a bit of a mess.

The Red Devils are struggling on the field at the moment, currently lying in sixth place in the Premier League, but having played two more games than Tottenham who sit three points below them.

That goalkeeper David De Gea has won their last three player of the month awards in a row is a damning indictment of just where the side under Ralf Rangnick’s temporary charge find themselves. It smacks of a club with no joined-up thinking, something that Rangnick’s move into an advisory role combined with a new manager could help combat come the end of the season.

This summer, however, will bring squad issues firmly to a head, offering opportunity to an incoming manager, but also plenty to do.

First and foremost, there are the contract issues that are set to come to the fore this summer. Of these, the highest profile is undoubtedly Paul Pogba, who is out of contract in June and has shown no signs of renewing. On all sides, it seems that he is set to become a free agent ahead of a potentially massive financial move elsewhere.

He is not alone, however. Jesse Lingard is also due to depart in the summer, along with Edinson Cavani and Juan Mata. Goalkeeper Lee Grant is another that will leave in the summer unless new terms are agreed.

Five players, with a combined market value of almost 75 million pounds, are set to depart without Manchester United receiving a penny.

Then, there are those currently out on loan, and seemingly out of favour.

Anthony Martial and Donny Van De Beek are two such examples. Expensive purchases that have flattered to deceive several managers, and now find themselves away on loan at Sevilla and Everton respectively.

Both remain young, and could well come to feature for any incoming manager, but their futures are far from certain at Old Trafford.

Perhaps one to watch is James Garner, a 20-year-old midfielder currently on loan at Nottingham Forest. The Englishman is highly rated in Manchester, and has made 25 Championship appearances for the midlands outfit so far this campaign, contributing 2 goals and 2 assists.

Predominantly playing in front of the defence in a midfield duo, Garner has also been deployed as an advanced option for Forest this campaign, and while next season may come too soon for him to take a place in the starting XI in the northwest, he could become a valuable squad member.

The likes of Amad Diallo, Tahith Chong and Facundo Pellistri are currently probably still a season of development away from challenging for first-team spots, and with Mason Greenwood seemingly unlikely to play football again, a wide forward is almost certain to be on the agenda. Current options of Jadon Sancho, Marcus Rashford and Anthony Elanga are unlikely to be able to fulfil a 50 game season.

There are question marks over those that have seen limited game time this campaign, most notably Dean Henderson and Eric Bailly, who are firmly second choices in their respective positions. United were willing to let Phil Jones depart in the January transfer window, and he could yet depart in the summer.

Nemanja Matic is another curious case. Well beyond his best, and now 33 years old, he could leave in the summer, but it is unclear whether it would be a deal that makes sense for United with just 12 months left to run on his contract and the Red Devils short in midfield.

Another who has fallen by the wayside is Aaron Wan-Bissaka, who is now firmly second choice to Diogo Dalot in the pecking order. However, his price tag weighs like a millstone around his neck, with United unlikely to accept significantly less than the 50 million pounds they paid for him, and no club likely to offer anything like that amount.

First of all, a manager has to be a priority. Mauricio Pochettino is seemingly the United squad’s favourite option, but nothing has been confirmed by either party yet.

Then, while a striker will be high on the agenda, another forward will surely be on their radar too. Further back, a midfielder is paramount too, with Declan Rice among those rumoured to be on their watchlist.

As the lineup shows above, there is plenty to be done in the middle and attacking thirds, which will come as a brilliant opportunity for any incoming manager. It also comes as a curse, however, with so much needing doing and no guarantees that they will get the financial impetus that they will surely need to overhaul this squad.

Manchester United star singled out for criticism during Southampton clash 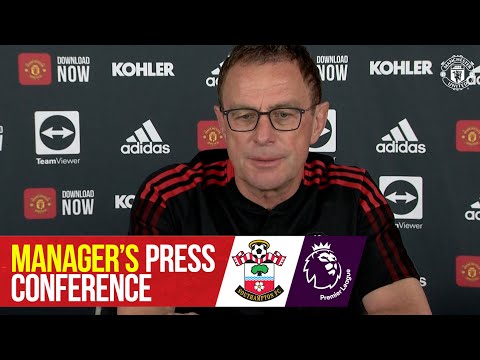 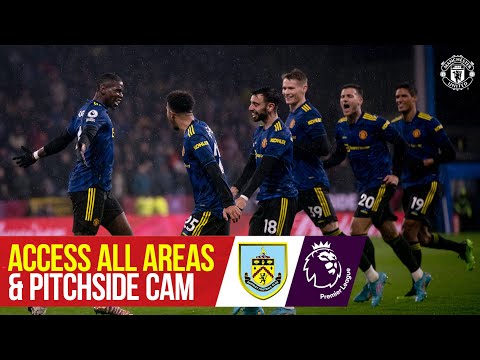