Manchester City would set a Champions League record in their meeting with Sporting on Tuesday.

The Sky Blues began their Champions League knockout journey with an away outing against Sporting.

Man City did head into the game as the favourites to progress, but very few likely expected Pep Guardiola’s side to be so dominant.

The Sky Blues would open the scoring on the day after just seven minutes via Riyad Mahrez. This was followed by Bernardo Silva scoring a brilliant half-volley 10 minutes later:

He’s slammed the ball home right on the half-volley! A tricky technique made to look so easy… 🤤

Man City were not done there, though. Phil Foden made it 2-0 to City 32 minutes into the game before Silva added his second and City’s 4th after 44 minutes.

The half-time whilst blew with Manchester City 4-0 up and with their spot in the quarter-finals all but secured.

As well as making short work of Sporting, Man City have also set a Champions League record on Tuesday.

As per Opta, Manchester City are the first team in Champions League history to lead an away game by 4+ goals at half-time in the knockout stages of the competition.

4 – @ManCity are the first team in #UCL history to lead an away game by 4+ goals at half-time in the knockout stages of the competition. Rout. #SPOMCI

Though Manchester City have set a Champions League record vs Sporting, the Manchester powerhouse are still yet to win the competition, having fallen at the final hurdle last year when they lost the 2020/21 final at the hands of Chelsea. 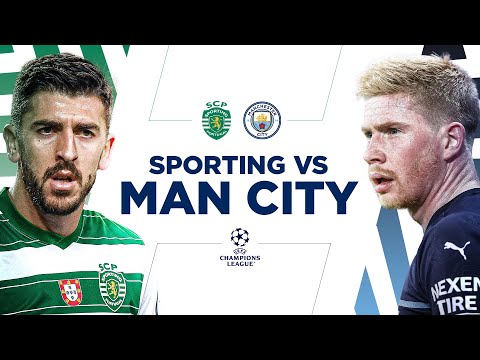 SPORTING vs MAN CITY | Champions League is back…

We’re in Portugal. We’re ready to go. Champions League is back! Come on City!…