Liverpool trio, including Mohamed Salah, spotted in training ahead of Leicester City clash

A trio of Liverpool stars, including Mo Salah, have returned to full training ahead of their clash with Leicester City on Thursday evening.

The Reds take on former Liverpool boss Brendan Rodgers once more, having lost the first Premier League encounter between the two sides 1-0, while Mo Salah missed a crucial penalty in the first half of the game.

Having been missing due to Africa Cup of Nations Duty, Salah is set to bolster Liverpool’s attack on Thursday and has already returned to training, just 48 hours after losing out to Sadio Mane and Senegal in the final of the competition.

Also present were Joe Gomez and Alex Oxlade-Chamberlain, both of whom missed the Cardiff victory after testing positive for COVID-19.

.@J_Gomez97 and @Alex_OxChambo are back in training with Jürgen Klopp also reporting no fresh injury concerns ahead of our clash with Leicester City 👊

The latest on new injuries

Asked about injuries in his pre-match press conference, Jurgen Klopp revealed that his side had a clean bill of health.

‘Not that I know of in the moment, but we are not too far away from training at this moment so I should know [soon]. But, no [new injuries].

‘Oxlade and Joe are back in training, which is good – they had COVID last week’, Klopp added.

‘In the next few days and weeks, we here at Liverpool will have probably all had it and that’s then at least something good in that. But no, no new injuries or anything like that.’

Asked about how much Mo Salah could feature, Klopp suggested that he could well be thrown straight back into the action from the start on Thursday.

‘I spoke to him and pretty much the first thing Mo told me was: ‘I’m ready.’ Haha!’

‘He is an experienced player, he is a physical monster, to be honest, so we have to see. He will obviously have a little recovery session today and we will see how he feels tomorrow and from there we go.

Mohamed Salah (captain) of Egypt celebrating after the victory during Morocco against Egypt, African Cup of Nations, at Ahmadou Ahidjo Stadium on January 30, 2022. (Photo by Ulrik Pedersen/NurPhoto via Getty Images)

‘The proper plan we don’t have, play him as often and as long as possible is probably the plan, but we will not rush it. But if he is fine we will not leave him out for the wrong reasons as well, so let’s see.’ 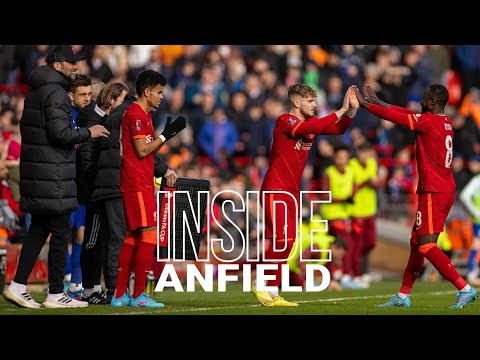 Watch as Harvey Elliott scores on his return, and Luis Diaz makes his Reds… 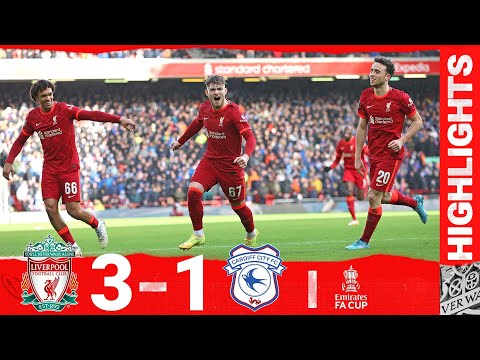