Aston Villa and Barcelona agreed an option to buy in Philippe Coutinho’s January loan move, it emerged on Wednesday night.

The Brazilian continues to sparkle back in the Premier League under new manager Steven Gerrard. Coming on for his debut against Manchester United last month, Coutinho provided a goal and an assist in the dying stages to help his side to rescue a draw from the jaws of defeat.

And, while his side managed to watch victory slip away from them at home to Leeds United in their most recent Premier League fixture, it was once again the former Liverpool man that took the headlines.

👏 He’s the first player to do so since Carlton Cole (August 2004)#AVLLEE pic.twitter.com/WY983mUdco

A goal and two assists put his side in the driving seat come the 45th minute, only for a stoppage-time Dan James header to reduce the deficit to just a single goal. Despite the draw, it was Coutinho and Jacob Ramsay that took the plaudits.

‘If you don’t like watching Philippe Coutinho then you should stop watching football because that (performance) was absolutely beautiful’, manager Steven Gerrard told BT Sport after the game.

But what about it Villa want to make a loan move permanent?

Well, as per the reliable Fabrizio Romano, they will have to fork over 40 million euros for that privilege. For someone who will be 30 years old come the start of next season, there will surely be question marks as to whether this would be a good allocation of funds. But, should he continue to perform, it will be hard to say no.

Steven Gerrard, loving Coutinho: “If you don’t like watching Philippe Coutinho then you should stop watching football because that (performance) was absolutely beautiful”. ⭐️🇧🇷 #AVFC @villareport

…and there’s a buy option available for €40m in June. pic.twitter.com/wXYIjRbtdl

The deal, of course, represents a massive loss for Barcelona, who brought him to the Camp Nou for 140 million pounds from Liverpool and are now looking to recoup anything they can.

Whether they will or not is a different matter. 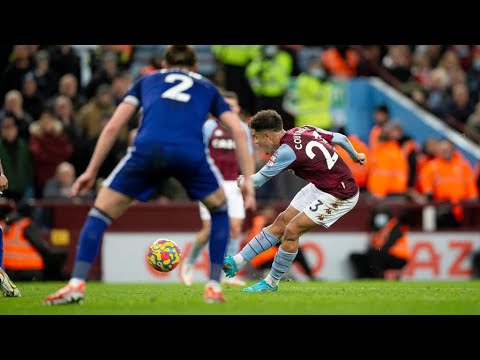