Chelsea forward Hakim Ziyech is thought to be...
Football News

A group of financial institutions is fighting to play a leading role in the €7bn pandemic relief fund being set up by Uefa, football’s European governing body, with shortlisted lenders racing to meet the deadline for proposals to provide finance for the region’s clubs.

Banks Goldman Sachs and Macquarie and private equity firm Apollo are among those competing to take part in a new club-funding programme created by Uefa, according to several people with knowledge of the process, a key step towards establishing the fund.

The cash will be distributed to top teams that participate in its competitions such as the Champions League, European football’s most prestigious club contest.

Another lender that sought to be part of the fund was UniCredit, but a person familiar with the approach said the Italian bank did not make Uefa’s final shortlist following a tender process that called for offers by a deadline on Monday. One banker with knowledge of the deal said Citi had held talks with Uefa over the financing. However, it is unclear whether the US bank was bidding for a place on the deal on deadline day.

Uefa is seeking to raise an initial €2bn, expanding to €6bn-€7bn over time, with banks and institutions providing money that will be secured against the governing body’s broadcasting rights for its club competitions. One banker said the financing would be “very inexpensive” for clubs, with another estimating a 2 per cent interest rate.

One person involved in the talks said Uefa wanted to make funds available to as many clubs as possible that participate in its competitions.

Scoreboard is the Financial Times’ new must-read weekly briefing on the business of sport, where you’ll find the best analysis of financial issues affecting clubs, franchises, owners, investors and media groups across the global industry. Sign up here.

The package shows how sports leagues and authorities are increasingly turning to financial groups to fund their operations, rather than rely on their own independent sources of revenue as they have done for decades.

The growing financialisation of the world’s favourite sport has been accelerated by the pandemic. Aleksander Ceferin, Uefa president, has warned that European football is facing a “new financial reality” after years of growth came to a halt because of Covid.

The funding package also demonstrates how the game’s authorities and organisers are showing an increased willingness to access financing on behalf of their teams, seeking better terms for loans and funding than individual clubs can achieve on their own.

It is unclear whether the new Uefa funding will be raised through private placement, a loan or bond issuance, although it is being structured to be investment grade in order to obtain lower-cost financing for clubs. The plan is to establish a separate fund that will be used to extend money to sports teams.

European clubs’ finances have been devastated by the pandemic, which forced them to close stadiums to fans or play in front of reduced-capacity crowds, meaning that they missed out on roughly €9bn of revenues, according to Uefa. 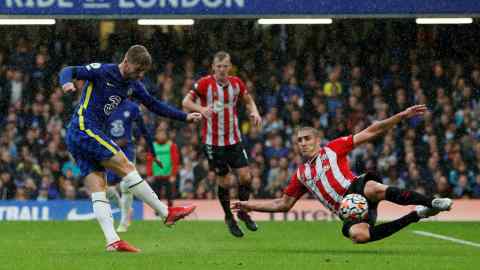 This has forced competition organisers to consider a more active role in financing. Earlier this month, the Financial Times reported that some English clubs were calling on the Premier League to set up a £1bn fund which teams could access when in need of cash.

Uefa has been fighting against the European Super League, a proposed breakaway competition by Real Madrid, Barcelona and Juventus, along with nine other leading clubs.

The Super League is seen as a threat to the primacy of the Champions League, which distributes about €2bn to participating clubs in prize money and broadcasting income.

Nine of the rebel clubs, including Manchester United, have backed away from the concept, although Real Madrid, Barcelona and Juventus are still dedicated to the Super League and are seeking legal action against Uefa.