“You have got to be concerned about every...
Man United

Gary Neville has hit out at the Manchester...
Man United

Manchester United escape with a point

For large portions of their Champions League last 16 clash with Atletico Madrid, Manchester United looked as though they would have it all to do at Old Trafford. An abysmal first half saw them head into the break 1-0 down, and played off the park by a resurgent Atleti side who were first to every ball.

However, a tactical tweak and the addition of some stability in midfield saw them wrestle some semblance of control of the game in the latter stages, and an Anthony Elanga goal ten minutes from time means that Ralf Rangnick and co. head back to Old Trafford knowing that it remains all to play for in Manchester.

However, they will have to play far far better than that, which was perhaps their worst display of the season so far, if they want to make it anywhere near the Champions League trophy this season.

One of Manchester United’s worst displays of the season salvaged by a superbly taken opportune moment.

Harry Maguire ushers players to applaud away fans. All go, but Cristiano Ronaldo already down tunnel.

Could do nothing about the opening goal. However, needed to use his experience to slow the game down amid an Atleti onslaught in the first half, and failed to do so. Aside from that, was untested.

An experiment that failed miserably. It is hard to pin too much blame on the Swede, who would have been unlucky to lose his place after his performance against Leeds United. However, he simply isn’t a right back, and demonstrated that time and time again.

Beaten consistently by opposing full-back Renan Lodi, and offering nothing going the other way, it is baffling quite why neither of the two right-backs that were on the bench started or were even brought on at the break.

Lost Joao Felix for the opening goal, and looked worryingly short of confidence. Stepped up in the second half but he, and the rest of his defenders, will have been glad to see Simeone remove Joao Felix.

As the boos rang out around the Wanda Metropolitano, it served as a reminder of just how long Raphael Varane’s honours list with Real Madrid was.

But for a man supposed to be a leader in defence, he left Manchester United rudderless. A clueless minute where he was caught out by a quick David De Gea goal-kick, before giving the ball away to a red and white shirt, summed up his evening.

Was the better of the Manchester United full-backs but that is not too big of an achievement. Booked and hooked on 65 minutes which he couldn’t complain about.

Came into the game on the back of a pair of good performances, but struggled to deal with the system change that Rangnick seemed to want to implement. Failed to make anything happen but it wasn’t for the want of trying.

Pogba was brought to the club for these sorts of nights, but simply got lost amid the energetic Atletico Madrid midfield. Given no time on the ball by Geoffrey Kondogbia, his opposite number, it was another disappointing evening for the Manchester United man who couldn’t influence the game whatsoever.

The Frenchman was hooked just after the hour mark for 33-year-old Nemanja Matic, and could have no complaints whatsoever.

Gave his usual hard-working performance but in truth it was proved once again that the Brazilian lost at this level in the first half. The addition of Nemanja Matic in place of Paul Pogba handed Manchester United, and Fred, more stability,

Rashford’s effort levels can never be questioned, but it was a night to forget for the Englishman who looks confused about his role in Ralf Rangnick’s system.

Rashford’s decision making has been terrible tonight. Every pass or shot, wrong decision

His frustration was shown by picking up a needless yellow card tracking back after making a mistake in the final third. In truth, he was lucky to avoid being hooked on the hour.

Was woeful for 80 minutes but played the all-important pass that handed Manchester United a point. Will know he can perform far better, and will be hoping to in the return leg.

Hardly had a touch in the first half-hour, but was persistently fouled whenever he did receive the ball. Left isolated and frustrated for too much of the game, and will need to wait until Old Trafford to steal the headlines.

Even at 33 years old, his presence in midfield was game-changing, allowing Manchester United to wrestle back some form of control. It is as much a damnation of current options that a man well past his prime can have such an effect, but Matic certainly played his part in the draw.

One cross in the dying stages deserved better than being shepherded behind by the Atleti defence. Was certainly an improvement on what Shaw offered, but could well be as a result of the increased control that the Red Devils had.

Was unlucky not to start the game given the lack of right back on the pitch, but did nothing wrong when he was introduced.

Didn’t do much but found himself in the right place at the right time to snatch an all-important goal for the Red Devils with his first touch of the game, and give the tie a very different complexion heading to Old Trafford. 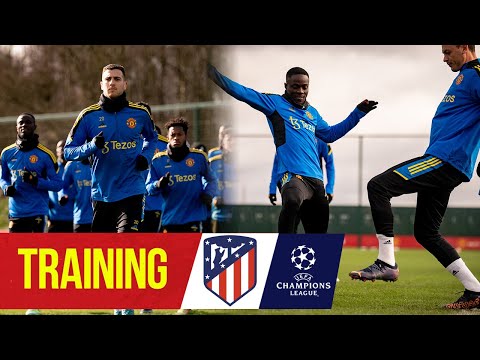 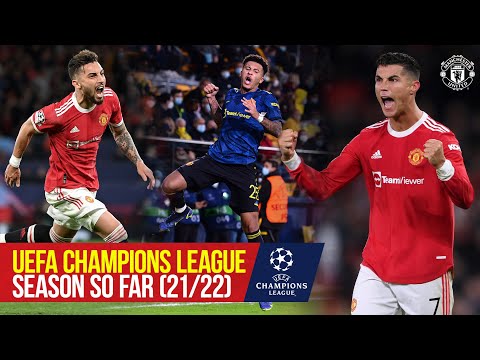